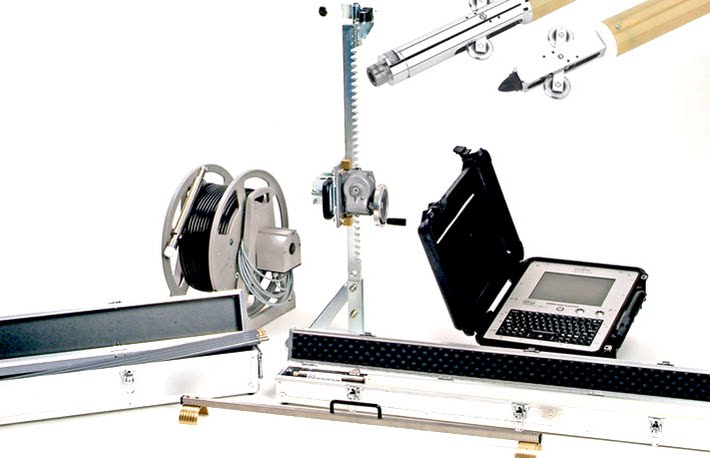 The INCREX (Incremental Extensometer) system utilises electromagnetic induction phenomenon and together with inclinometer casing facilitates highly accurate measurements of ground movements in the direction of the borehole axis.

INCREX consists of a mobile extensometer probe cabled to a readout unit via a cable reel. The probe is fitted with two high precision induction coils at its ends set at one metre apart. Special metal rings are fitted to the outside of the ABS inclinometer casing at one metre intervals and the space between casing and borehole is grouted fully to bond the casing and metal markers to the borehole wall.

Utilising setting rods and working bottom to top of the borehole, the probe and its induction coils are accurately positioned between pairs of metal markers in turn. At every level, the induction between the coils and the metal markers sends an electrical signal which is proportional to the distance between each pair of metal markers.

An initial survey of the borehole establishes the distances between the metal rings as installed. Subsequent surveys of the borehole will show any changes in the distance between the metal markers. Therefore, a profile of settlement or heave of the adjacent ground is easily and accurately determined. Combined with a conventional inclinometer measuring system allows determination of 3-dimensional deformation profiles.